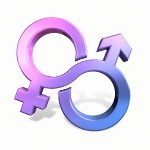 Our recreational league has been coed since it’s inception. We formed coed divisions simply because of numbers. When our league formed in 2002, we had ~350 players or so from U6 up through U12 – just enough to form small two year divisions of coed teams (U6/U8/U10/U12). A few years later players were split by gender only if they made our new travel teams (U10 and above).  After that, every year or two we’d have a healthy debate about coed with most (including myself) wanting to keep it. Common beliefs were that it helped improve the intensity and aggressiveness of the girls, helped them ‘toughen up’ playing with the boys, and would help them be stronger players when they got older. These were widely held beliefs, but we had little evidence to back them up, even anecdotal. One year we did a survey of our parents and the results reaffirmed what we thought at the time. Around 70% of the respondents preferred coed, with over 75% of parents with daughters preferring coed. We knew there was support for it, but those results were still surprising. Of course, any statistician will tell you people don’t like change and will say they like the ‘status quo’ even if they have some reservations. Fast forward to the past few years. Our travel program was growing and our players who started out with us when they were 4 years old were now in middle school, many playing on travel teams. While we had a number of boys travel teams, we struggled to get enough girls to come out in any given age group. My group of ’96 girls seemed to be an exception, so I had the first girls team from our league that played more than a year. We certainly struggled at first, then saw some success. But we couldn’t shake the feeling that we were ‘behind’ other teams/leagues. Other teams, from big and small leagues, had girls pursuing the ball with abandon who were confident with the ball. We didn’t. The differences were noticeable.

Yet skill differences were the least of our problems. At other ages, few girls tried out and we often could not form teams. In talking to parents we quickly discovered few thought their daughters were ‘good enough’ to play travel, so they didn’t try out. Being coed, the girls were being compared to their ‘peers’, which included the boys, so only a few girls ‘stood out’ in their parent’s eyes. We often had to convince parents individually that their daughter was good enough to play on a travel team to counter that inherent, and often subconscious, bias. But that was only part of the problem. Our experienced girls travel team coaches were often watching Rec games in search of more players. As we watched our local players in more and more of our Rec matches, we started to notice a few disturbing things compared to players from other leagues. Aside from a handful of girls who would ‘go after’ the boys in a game and play toe to toe with them, most of the girls waited for the game to come to them. They touched the ball a LOT less than the boys did, and often had little confidence with the ball – when the ball came to them, they passed it immediately. The girls also seemed to play defense a lot more than the boys (often standing on the ’18’ like it was a boundary). So while the boys were up front learning how to move the ball around opponents, the girls were taught mainly to clear the ball when it came to them on defense at the top of the area.

It was alarming when we started to put the pieces together. At U8-U10, most of girls were hardly touching the ball and were learning the wrong things (wait for the ball to come to you and get rid of its ASAP!). At the youngest ages, even in 3v3 matches, many girls were essentially sidelined as the boys and a few aggressive girls dominated the play. Based on what we were observing, we realized that we were likely hurting the girl’s development at the younger age levels and had to seriously consider a change.

After a few more years of solid growth, we certainly had the numbers to split the younger age groups, but what would the reaction be? Most league officers were on board with the change, as most were heavily involved in the travel program and a few coached girls teams and had seen the issues first hand. Two of coed’s most vocal supporters in the past (myself included) were now it’s biggest detractors as coaches of girls travel teams. So the board approved splitting the age groups by gender for U5 through U8 for our 2010-2011 season and braced ourselves. Overall we got very little response and the little we did was at worst split 50/50, which was good. Usually only those upset with something make the effort to say anything.

So the Fall 2010 season began with 5-7 girls teams in each age group. I had coached my youngest son’s coed U5 team and had a great group, so I ‘doubled up’ and coached the boys and girls from that team in U6. This gave me some first hand experience with how the coed change would impact our league and it’s players, girls and boys. None of us really knew what to expect or how it would play out.

In a word? Wow. Not only did it have a positive impact on the girls, there was a noticeable impact on the boys. But first the girls. My U6 girls team, as an example, had two very strong players (aggressive, fast, decent dribblers), two girls who were very new to soccer and wide eyed at their first practice, and a third who was in between. At our first practice I had no idea what to expect. But watching the two tentative girls develop compared to previous years was illuminating. They were VERY hesitant at first, but in early games when the ball came to them, they didn’t panic like I had seen others do when boys were involved. They just kept moving the ball. The mid player latched onto some of the ball rolling we did in practice and would roll the ball with the bottom of her foot out of the scrum instead of just kicking at it. They did things I had never seen girls on previous U6 teams do because the boys were always after or possessing the ball. From top to bottom the girls had a LOT more ball touches and by the end of the season my two tentative players were playing VERY well. It’s hard to describe, but watching them possess the ball in the scrum of U6 and doggedly moving the ball forward was a huge confidence boost for them. I don’t think they would have made the strides they did if boys had been in the games.

Now on the flip side, I practiced the boys and girls together. During activities, it was coed. But during the scrimmages, we usually split them up. It worked fairly well. From my team’s perspective the change was very positive. Other coaches echoed that sentiment for the most part. Most of what we observed with the girls was what we had theorized would take place, but the surprising thing was the boys. In my first U6 game, the boys were MUCH more aggressive. I’ve coached U5/U6 teams for some time and the difference, right from the start, was noticeable. I don’t necessarily mean aggressive in a bad way, but they were using their arms more and were really going after the ball in a way I had not seen at this age. There were times we had to tamp down on how hard they were playing. I’m not one of those coaches who want his players to be thugs – I just want players who go after the ball. I started watching other U6-U8 boys matches and saw similar things. When I asked some of our experienced coaches if they had noticed a difference, all said it was significant. The boys were playing with more intensity than they had in coed. It was surprising.

With three seasons under our belts, the decision was a resounding success. We split U10 this past Fall and it went quite well. However, judging the long term benefits will take years, to see how the ’05s are playing once they reach travel age. We’re confident it will benefit our program and players, but also realize it’s not the only thing that needed to change. Continued coaching education, improvement of facilities, developing a consistent training curriculum, and parent education are all things we need to focus on. But this one change is likely to have a profound effect on the development of our players, regardless of gender.

When numbers dictate, coed is certainly a better option than not playing at all. But once you reach a point where you can sustain gender split teams, it’s an option you should strongly consider. The feedback we received from parents has been overwhelmingly positive and we can see our younger players doing things that their predecessors never did. The only difficulty we have had is getting enough coaches for our girls teams, but that seems to be easing as our parents get more comfortable with the new arrangement. But overall, and especially from a development standpoint, this change had a major impact. I’d recommend any league with a growing coed Rec program to consider it.

Update: Here’s an opposing view from The Women’s Sports Foundation (via Inside Youth Sports):

The Women’s Sports Foundation supports a position that girls and boys should be encouraged to compete with and against each other in sports whenever possible:

“Prior to puberty, there is no gender-based physiological reason to separate females and males in sports competition. In fact, research demonstrates that girls who participate with boys in youth sports are more resilient. … After puberty, coeducational competition should be encouraged at all levels where there are rules that require equal numbers of females and males on both teams and also rules that maximize fair competition between the sexes.”

The key phrase there is physiological – and they are right. The girls CAN physically play with the boys prior to puberty. No question. But our experience shows that the problems arise from a) the boys taking control of the match/ball or not passing the ball to the girls and b) many of the girls who mentally cannot or do not want to ‘engage’ the boys in a physical manner (soccer IS a contact sport). Above I noted that a few girls absolutely would hang tough with the boys and play toe to toe with them, but the vast majority, at least in youth soccer, did not want to and would find themselves sidelined from much of the action (ie the ball).  Thus they rarely touch the ball and do not develop the necessary skills. This is absolutely not an equality issue – it’s a practicality issue. And what we observed in a moderate sized (1000+ player) sports league was eye opening.

H/T to @NetWorks_Sports for the link to Inside Youth Sports

Sign up for Republic Wireless using this link and save $20! Unlimited Talk/Text/3G Data for $25/mon. Unlimited 4G for $40/mon. No contract with the latest Moto X or Moto G Smartphones.